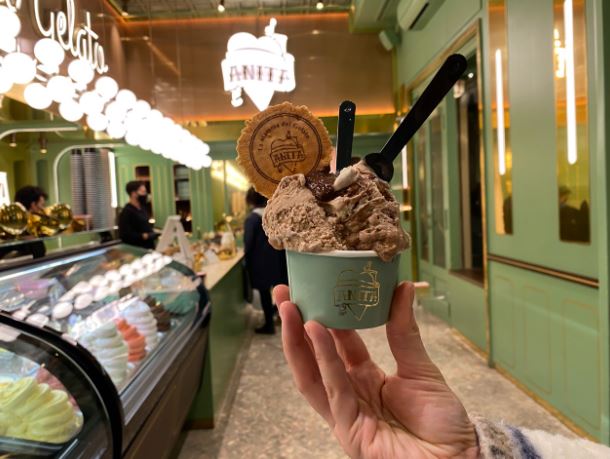 Ice cream and gelato are both popular desserts that are enjoyed by people all around the world. While they may seem similar at first glance, there are actually some key differences between the two.

First and foremost, the main difference between ice cream and gelato is the amount of air that is mixed into the mixture during the freezing process. Ice cream is churned at a high speed, which incorporates a lot of air into the mixture, resulting in a light and fluffy texture. Gelato, on the other hand, is churned at a much slower speed, which results in a denser and smoother texture.

Another key difference between the two desserts is the amount of fat that they contain. Ice cream is typically made with cream, which has a high fat content, while gelato is typically made with milk, which has a lower fat content. This means that ice cream is richer and more indulgent than gelato, which is why it is often considered to be more of a treat.

In conclusion, while ice cream and gelato may seem similar at first glance, they actually have some key differences. From the amount of air that is mixed into the mixture during the freezing process, to the flavors and ingredients that are used, these two desserts are unique in their own ways.

The History of Milkshakes

Ice Cream in the Summertime